We want to save the world from shit photos 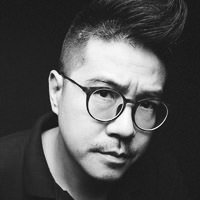 He has been providing photographs for advertising, corporate, design, and editorial clients for over 20 years. He specializes in photographing people either on location or in the studio. When he finished his Commercial Design course in Hong Kong Chingying Institute of Visual Arts in late 1987, he is hooked by visual communication and photography. Design and art theories make him understand that colour and form can have a profound psychological impact, and this knowledge benefited him to create graphically strong images when he is behind the lens.